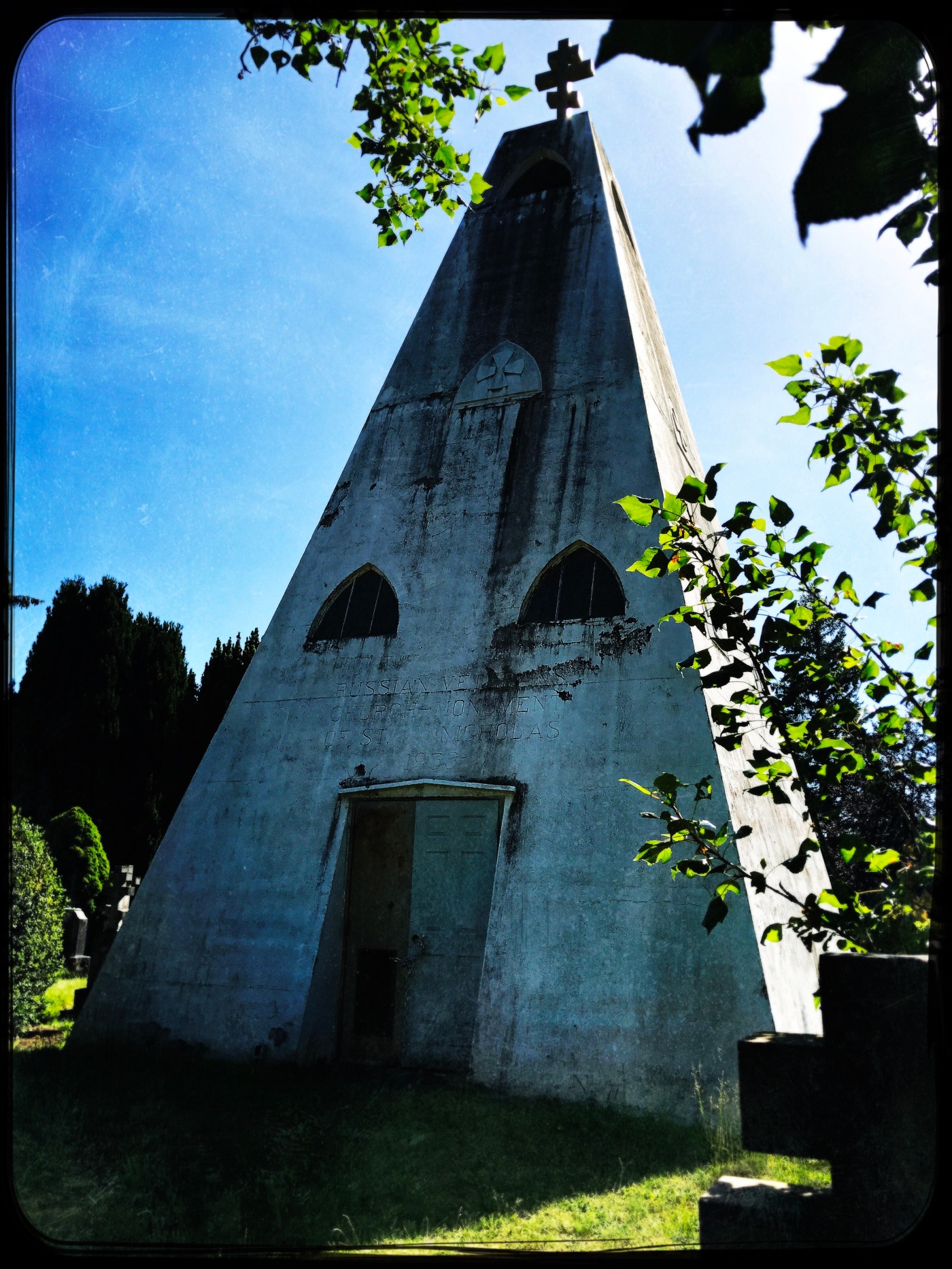 Tucked behind a row of shops and flats there sits a small cemetery. The grounds do not look abandoned, per se, but perhaps a bit neglected. The graves are mostly about a century old, and the person most recently interred here was still over 30 years ago. The most remarkable feature of this place is the large pyramid-like structure in the center. The words carved into the side are faded and hard to make out, but you can make out something about veterans of the old war. It also appears that the rusted lock on the door to the monument has been pried open, and the vegetation in front of the doors is torn up as if the doors had been dragged open.