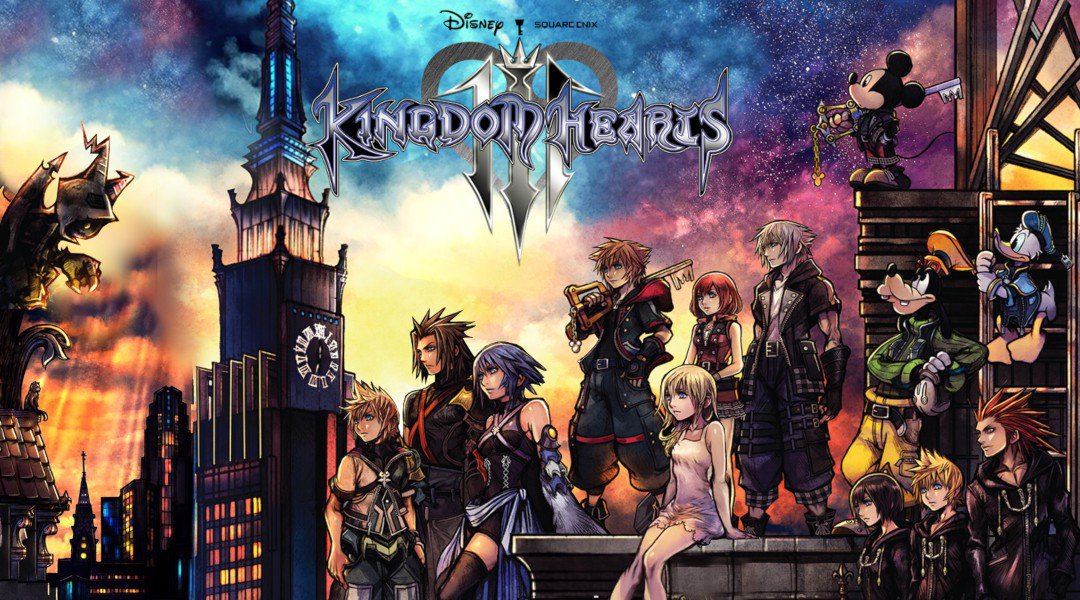 Growing up, I remember important gaming decisions, made by my sister and myself, that addressed and overcame our preconceived notions about certain games. For example, when The Legend of Zelda: The Wind Waker was coming out in 2003, my sister, one of the biggest Zelda fans ever, hated the concept. The art design was way too cutesy, too young, too not Zelda.

She was really against the idea of playing that game, but I encouraged her to give it a chance. Sometimes it’s good for a series when a gaming studio tries something new. Of course, sometimes it’s also a giant disaster. It’s a risk. But my sister loved Zelda, wasn’t it worth taking the chance? We did, and it turned out we both loved Wind Waker.

Before that though, in 2002, this strange little game was coming out that I was not interested in. Disney and Final Fantasy? Together? I love both of those things, but I wasn’t convinced this was a match made in heaven. Yet this was the concept of a game called Kingdom Hearts.

You see, in my opinion, the Final Fantasy series had been growing progressively more mature as the years went on (which I really liked), and Disney was kind of . . . well . . . I mean, I loved me some Disney, but it was for kids. Which by then I most certainly wasn’t.

Final Fantasy IX came out in 2000, and while the advertising boasted that “the crystal comes back” or “the crystal returns”– implying the series was going to get back to its fantasy roots– it did so in an approach I considered nuanced. Whether you loved or hated FF IX, it had deep, complicated themes about repentance, mortality, and the human condition. In 2001 we got Final Fantasy X, and again, say what you like about how good or bad the game was, but there was some heavy stuff about religion and control and manipulation in there.

So no, I was not interested in Disney coming along and dumbing down my Final Fantasy. This time, my sister talked me off the ledge, pointing out that things that Disney touched tended to turn to gold, and that Square Enix wasn’t going to let anything destroy its biggest moneymaker. Reluctantly, I agreed, and we played Kingdom Hearts.

Well, it didn’t displace Final Fantasy in my heart, but I did like Kingdom Hearts an awful lot. The music was amazing. The gameplay was intuitive and a lot of fun. The “simple and clean” narrative themes of innocence, friendship, loyalty, and the overwhelming power and mystery of the human heart were refreshing and touching. And perhaps most surprising of all, the Disney stuff didn’t feel to me like it was awkwardly shoehorned in. The plot was convoluted and expected you to take some things on faith (this would only increase as the series progressed!), but the narrative flowed much more smoothly than I thought it would and I found the main characters endearing.

Fast forward seventeen years later, we’re on game number ten (if you don’t count collections) . . . Kingdom Hearts 3. We’ve started playing it on the stream, and we’re about seven and a half hours into the game. So far, I’m really enjoying it.

I actually don’t think this would be a terrible place to jump into the Kingdom Hearts games if you were a new player. This is amazing for me to even contemplate, because again, the narrative is complicated. We spent three and a half hours discussing the plot of the games up to the beginning of Kingdom Hearts 3 on The Cartographers Guild YouTube channel!

Kingdom Hearts 3 is actually doing a much better job than I thought it would do of summing up what has come before. Don’t get me wrong, if you’ve played the prior games, it helps you keep up when characters reference things, but I actually don’t think a new player would be completely lost. Admirable.

I also think a new player would be delighted by the gameplay. Certainly the veterans of The Cartographers Guild were! The battles in Kingdom Hearts have always been flashy and fast-paced, but more than once we’ve been pleasantly surprised by features and skills we were given without having to relearn them (although the game does a good job of explaining why, effectively, Sora is starting over from experience level one) and how smooth and intuitive the fighting is. I think anyone could jump right into the gameplay and not only do just fine, but be quite happy, regardless of experience with the series.

Unsurprisingly, the game is gorgeous. In the intro scene, there’s some footage from prior games, which some of my fellow Guildies thought should have been remastered, but I enjoyed it, because it only highlighted the beauty of the game more. It was nice to see how far we’ve come.

I love that you no longer have to sub out Goofy or Donald for the Disney world’s hero character. Hercules or Woody and Buzz or whoever can just come right along with your party. I love the new, brightly lit and colorful “Disney theme park ride” moves (apparently the technical name in the game for them is “Attraction Flows”). I love how big the worlds feel, as opposed to say, Birth by Sleep, where the worlds felt much more like rooms in a maze or haunted house. I’m a lifelong Disney fan, so I tend to look for Hidden Mickeys when I’m at a theme park; I was delighted they were added to the game for us to look for if we wanted to. And, though I’m sure many players disagree with me, I’m really enjoying the cutscenes, numerous though they are.

Now for the cons. I’m not a big fan of the Disney worlds that just recap the movie they came from, and I never have been. I love Tangled, but I have a two-year-old. I’ve seen that movie plenty.

The voice acting seems really . . . stilted? Slow? I know this is supposed to be a family-friendly game, but sometimes I feel like Sora, and especially the Disney characters, are acting like they’re on a children’s variety show. Any second I feel like one of them is going to look right into the camera and yell “Hey, kids!” or plead with us to clap our hands if we believe. I certainly don’t remember that from the previous games, nor do I remember the humor with Donald and Goofy being quite so awkward.

Also, it’s kind of funny to see some Disney characters be mute (Phil from Hercules, Remy from Ratatouille, etc.). I guess they couldn’t get the voice actors? Woody and Buzz certainly weren’t voiced by Tom Hanks and Tim Allen in this game, but they found good replacements.

And I know Sora just got his first phone, but my two-year-old is already more proficient with mine than Sora seems with his, and she hardly gets to touch the thing. It was funny, though, to see Sora holding his phone like he thought it might blow up or disappear, like he had no idea what the hell this thing was.

But hey, this is Kingdom Hearts. Keeping the plot for these games in your head is like trying to hold sand in your hand; if you grip too hard, you lose a lot. This is not something you should think too hard about unless you really enjoy doing that. For me, Kingdom Hearts has always been about light and color and theme and concept, abstract rather than concrete.

So try to let the little things go, would be my advice, and enjoy the immersiveness, the feel of this game. Like a good Pixar movie, this game has something to appeal to everyone in your family, be they five or ninety-five. I’m Sora would agree with me that details don’t matter nearly as much as the effect someone or something has on your heart. And that is something Kingdom Hearts has always been very good at.

But don’t keep me waiting too much longer for my Final Fantasy cameos, please. 🙂

The Legend of Zelda: The Wind Waker, Wikipedia, https://en.wikipedia.org/wiki/The_Legend_of_Zelda:_The_Wind_Waker